Cinderella arrived at the ball in a carriage created from a pumpkin from the garden, and this element of the story worked to enhance the narrative. The pumpkin plays the same role in this sauce as an intentional narrative choice that enhances the flavor without overpowering the story. Or sauce.

The addition of this Emperor of Autumnal flavor adds a subtle sweetness that mellows out the acidity of canned tomatoes and results in a savory marinara sauce perfect for pizza, pasta, or straight up bread dipping purposes!

In a large pot, add a few tablespoons of olive oil or coconut oil and heat on medium high
Toss in the onions and sauté til golden
Add the garlic and cook for a couple of minutes
Pour in the tomatoes and the pumpkin
Lower the heat to medium low and stir in the herbs, red pepper flaked, and season with salt and pepper to taste
Place a lid slightly askew on top of the pot and allow to simmer on low for at least an hour, but longer is better
Chop up the spinach and toss in at some point during the simmering process to boost the veggie content

This makes enough sauce for more than one use depending on the nature of the dish and the number of servings. Use what you want and then allow the sauce to cool before storing in mason jars in the fridge.

My first experiment came in the form of a zucchini, eggplant, and kale lasagna. I sliced the eggplant and zucchini and roasted in with salt, pepper, and olive oil for about 15 minutes at 400°F. After that I prepared a 9×13 inch pan and layered sauce, zucchini, eggplant, kale, ricotta cheese mixed with an egg. I also added parmesan cheese on top of each layer of ricotta and topped everything with grated muenster (mozzarella, fontina, Havarti, or really any cheese can be used). 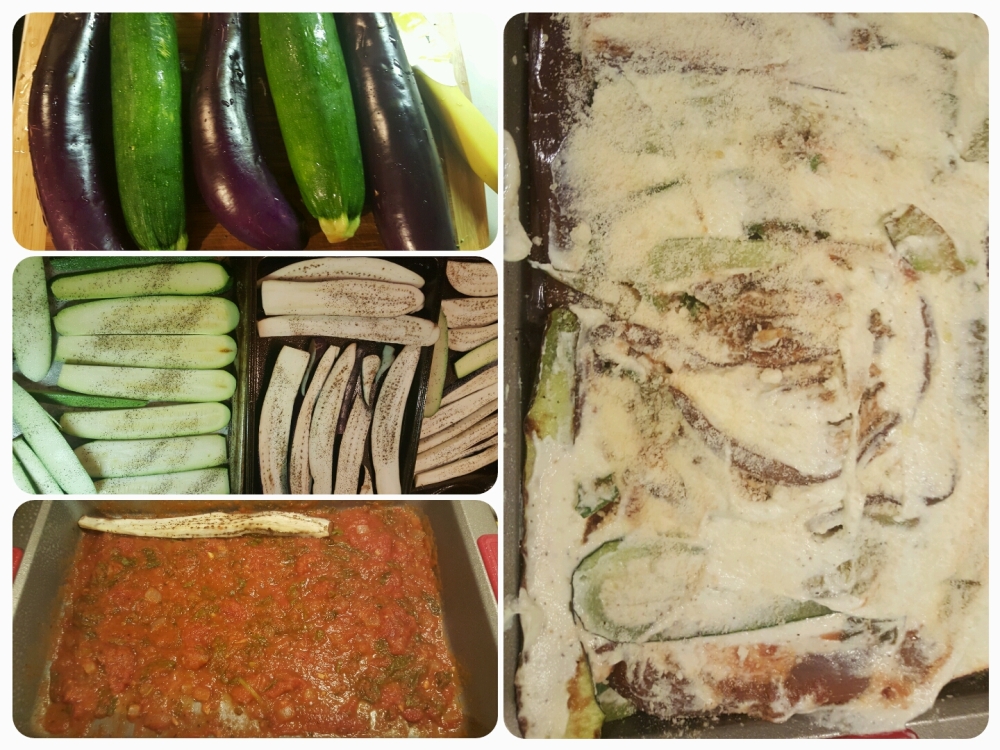 I assembled this a day in advance and stored it in the fridge overnight. When I was ready, I baked this beauty at 350°F for an hour, then moved it to the top rack and set the oven to broil to ensure the cheese was bubbly and browned.

Try out this Pumpkin Marinara and let me know how you serve it!