Bake them twice with a bunch of other scrumptious ingredients. Plus cheese!

Treat this recipe as less of a list of rules and more as a set of guidelines. The vegetables, seasoning, and cheese used for the filling can all be substituted for different, more favored options.

It is an excellent way to use up leftovers, especially in the event of leftover baked potatoes. The amounts can be altered to accommodate a party of 1 up to a party of infinity! (Well, perhaps not quite that many). 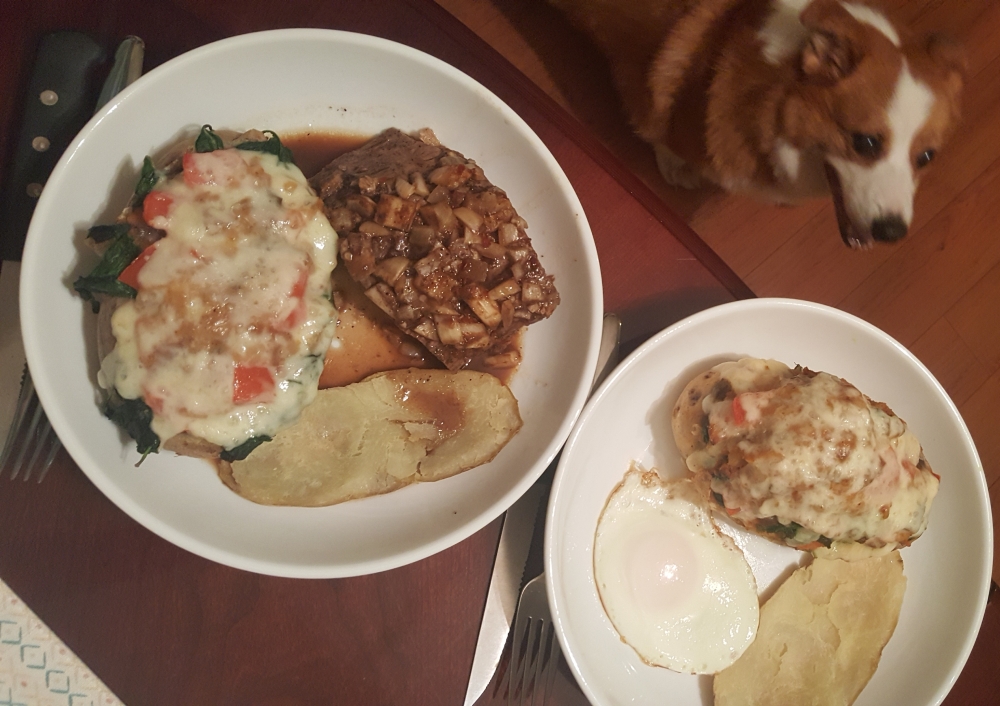 Now it is time to assemble! Each person can customize their potato so it contains the portions and ratios that fit their preference. I suggest assembling on the sheet pan. 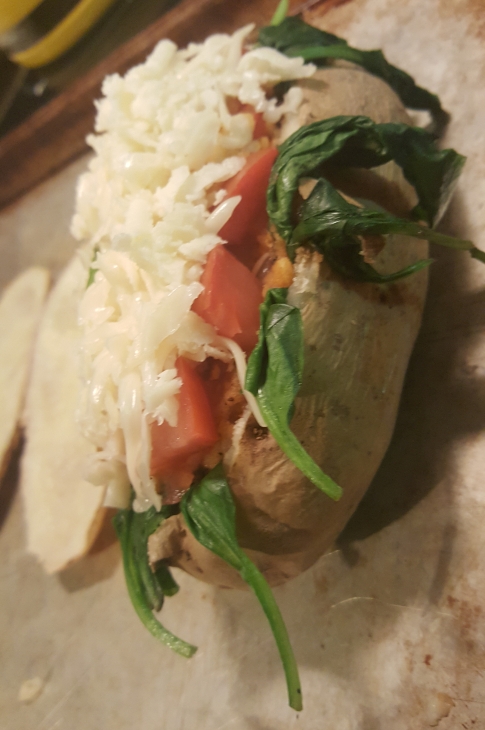 Enjoy as a complete meal or add a choice of protein if desired! The Bearded One had leftover London broil to finish off and I chose to fry up an egg with a perfectly runny yolk.

Whatever you choose, this comforting meal will double your happiness level and bring about maximum fulfillment. 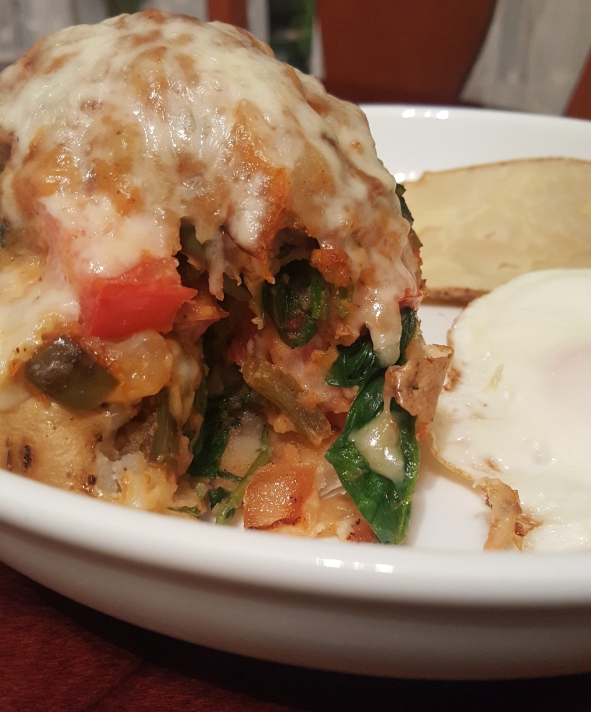