Other times, cravings are made.

Discussion regarding what should be prepared for Wednesday Date Night at Blue House remained fruitless until the Bearded One and I separately learned from the internet that October 4th now exists as National Taco Day.

As such, we gave in to our penchant for Tex-Mex flavors (including chips and salsa, the most romantic snack in the world) and chose to indulge in the limitless possibilities of tacos.

Great tacos do not require a recipe but instead require a will to assemble.

The following puts a fun pescetarian spin on tacos, but of course all toppings can be substituted, removed, or ignored.

In cooking the shrimp we added a dash of tequila, which resulted in a festive cheers in honor of National Taco Day reminding me that tequila by itself tastes really gross.

That said, we ended up with stellar tacos. So get creative and fall in love with your taco creation! 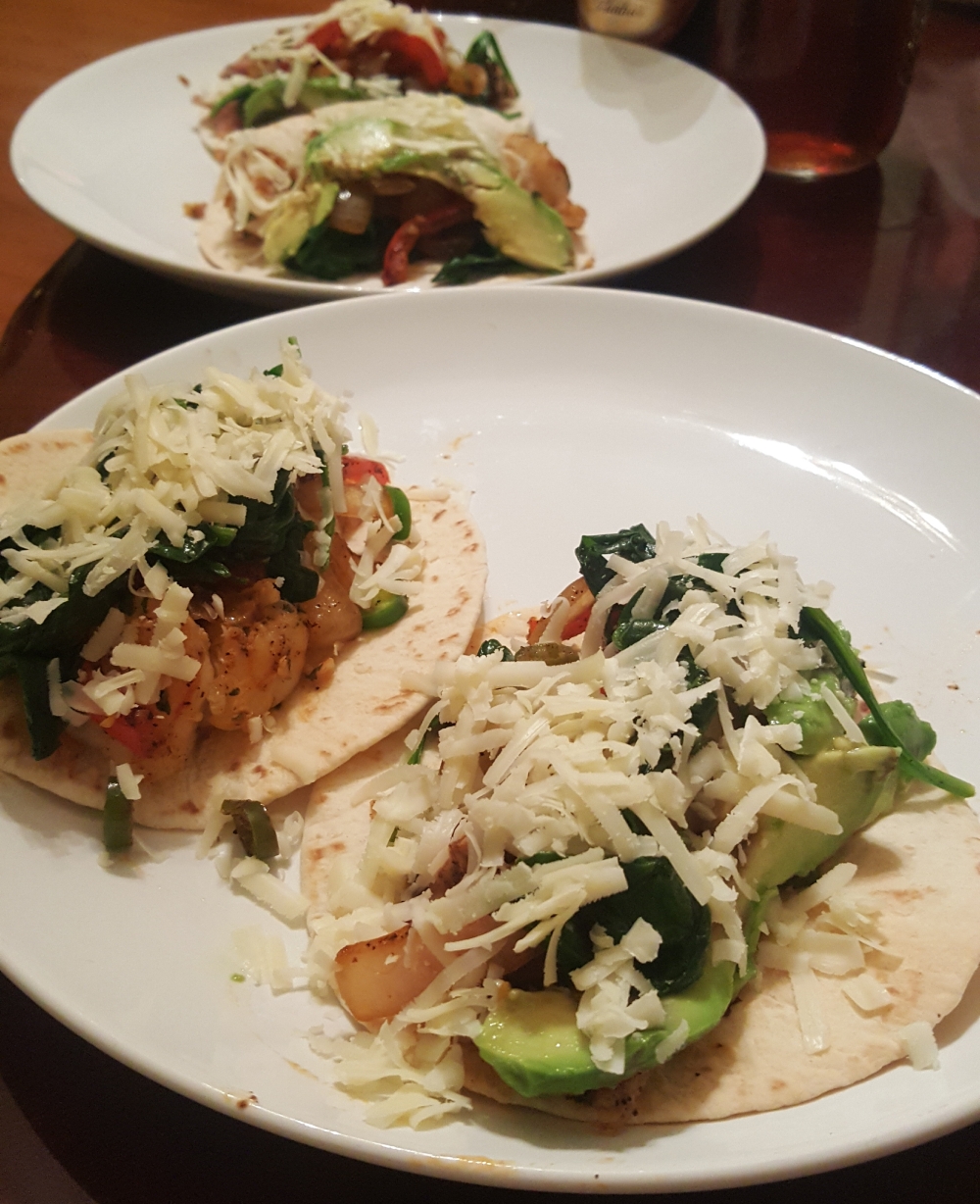 We like to place all of the ingredients on our coffee table and build them at our leisure while watching whatever show or movie has us feeling excited. It is also fun to switch over to chips and salsa and create individual bites out of those.

I did one shrimp and one tuna, but again, the possibilities are endless!